When Sabya Mitra founded SAP partner Renew HR in 2016, he knew he wanted to focus the business on SMB clients and on cloud solutions since the two seemed a perfect match.

“I always thought the large enterprises have the money to get the best solutions they want, but because they didn’t have the resources to get a world-class solution, SMBs always needed to sacrifice. Cloud helped them reach there; it has leveled the playing field,” Mitra said.

The problem was that while SMBs could do cloud, but they didn’t necessarily flock to SAP at the time, which was seen by many smaller companies as too expensive and too big. Renew HR executives studied competitive HR solutions, not only the technologies but also how those companies went to market. They surmised that to compete with SAP SuccessFactors’ competitors, they would need something that was cost-effective, quick to implement, and solved problems that SMBs were facing. Packaged solutions fit the bill.

“For the last three years, we were telling companies that they could go with the world-class SAP SuccessFactors software with an affordable budget. We found a way to bundle the cost of the application, implementation, and scope into a package that could go live in 8 to 10 weeks. Initially, they didn’t believe us, but we did it,” Mitra said. “We put everything in front of them and told them they wouldn’t have to pay for anything that was not right in front of them during the sales cycle.”

Initially, customers were hesitant to believe him, feeding off the perception of SAP being an enterprise-only software company. But Renew HR’s strategy combined with its ability to understand customer needs helped the company build several packaged solutions to bring to market. Today, Renew HR has four branded SAP qualified partner-packaged solutions.

“We tell them what we can do for them now—and what we can do for them when they grow to 1,000+ employees in the future. Our solutions and approach allows them to start where they want to start and then expand,” Mitra said. “We tell them that they’re using the same software that an American Airlines or Microsoft is using. You also have the same bells and whistles that they have. But building off a cloud platform allows us to make it more affordable.”

One prospect might want to start with SAP SuccessFactors Performance and Goals, while another wants to start with SAP SuccessFactors Employee Central. The key, Mitra said, is to achieve one goal at a time, in small chunks that are easier for a customer to consume. “They may not have a 360-degree Performance appraisal now, but next year they can. If they need more as they grow, we tell them this is what it’s going to cost. That visibility and predictability is extremely valuable to a growing business.”

The worst thing a partner can do is to not tell the whole truth to a customer, Mitra said. Eventually, the truth comes out, and you are likely to lose either their respect or the trust you’ve built with the customer, or worse, the customer itself, he said.

“We try to keep it simple. We tell people exactly what they will get, the time it takes, and the cost associated with it,” he said.

That straightforward approach has translated to more wins, but also quicker close rates, Mitra said. “One example, we only had two calls. On the first, we presented the solution. On the second, we did a demo, negotiated the cost and arrived at a number,” he said.

In a traditional sales cycle, you would do discovery and analysis and then customers wouldn’t get back to you for a month or two. The faster you can answer all their questions, the less likely they are comparing your solution to other software vendors or trying to match a price, Mitra said.

“They could never afford a complete HR solution back in the day. And enterprise-grade software? Out of the question,” Mitra said. “The market is challenging. But if we do it well, we can penetrate that market. We have done everything we can to help the SMB customers achieve their HR transformation goals. I’m of the belief that if you try to understand their problem and pain points and come out with a solution which helps them in a short period of time, you make your customers happy and then you are happy. Packaged solutions make us happy.” 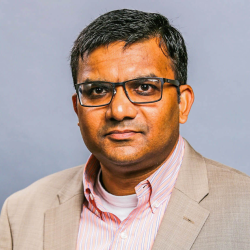 The Importance of Employee Recognition and How to Do It Properly

How Do People Change Their Minds About Discrimination? https://successfactors.renewhr.com/29PD HR Examiner

Increase the growth and profits of the organization with an investment in Learning Management Systems.

Faking It vs. Being Authentic at Work: A Primer...(with Podcast after post) HR Capitalist https://successfactors.renewhr.com/29Q0